Due to their immense popularity, crossover SUVs are produced by nearly every manufacturer. Choosing the right one for the money can be challenging which is why Continental Acura has developed the following comparison between the recently unveiled 2016 Acura RDX and the Ford Escape. These are both excellent vehicles, however they reside in slightly different classes as the Acura is understood to be a luxury vehicle and the Ford Escape is not. Look through the following details for additional differences between these vehicles and then drop by Continental Acura just west of Chicago, IL to learn more about the brilliantly redesigned Acura RDX that will be arriving soon. 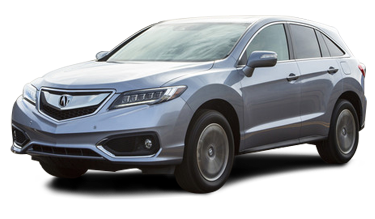 One look at the redesigned 2016 Acura RDX will make clear that it stands apart from other vehicles to include the Ford Escape. The Jewel Eye headlights on the new Acura RDX provide a window into the soul of pure high class luxury. Defined yet subtle lines flow effortlessly around an exquisite body and culminate with radiant LED taillights. Onlookers will have no doubt that the arrival of a new RDX is significant. Inside, the updated interior of the RDX is also what is to be expected in a luxury vehicle. The new dual screen infotainment display reduces the hassle of switching views on a single screen while driving down the road. The RDX also provides significantly more passenger volume, though the Ford Escape does hold a slight advantage in cargo capacity. The interior of the Ford Escape is nice if not a bit cluttered. The gear shift sits awkwardly in front of the climate controls and the available SYNC infotainment system comes with controls that may prove distracting while driving. Ultimately the design difference between these vehicles is that of two vehicles in different classes. The Acura RDX is lavishly designed as a luxury vehicle for a phenomenal price where Ford Escape leaves that part of their line for the Lincoln brand. In terms of value for the money, the redesigned Acura RDX is the clear choice. Take the short drive west from Downers Grove, IL to be engulfed by the luxury of the Acura RDX at Continental Acura. 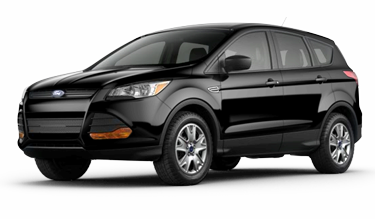 The Ford Escape offers a choice of three different 4-cylinder engines. Two of these options offer but a fraction of the horsepower provided by the Acura RDX V6. The third 4-cylinder option from the Ford Escape still falls significantly short of the 279 horsepower from the Acura RDX and only offers a fuel mileage advantage of 2 MPG. The redesign of the Acura RDX for 2016 went beyond style and technology to include improvements within the engine that have increased both the power and fuel mileage. At 20 MPG** in the city and 29 MPG** on the highway, the Acura RDX gets about 2 MPG less than any of the Ford Escape engine options while also providing over 100 horsepower more than two of the Ford Escape engines and over 40 horsepower more than the third. The fuel mileage advantage is so small that differing driving habits render it almost insignificant. The thorough redesign of the new Acura RDX missed nothing to include the suspension and steering. From innovative engine mounts to suspension and steering improvements, the new RDX is sure to be a pleasure to drive. Schedule an appointment at Continental Acura next to Aurora, IL to experience the awesome performance of the new 2016 Acura RDX.

The standard features provided by the Acura RDX are many to the Ford Escape’s few. this is largely due to the Acura RDX being a luxury vehicle where the Ford Escape is not. Even when looking at the top trim level of the Ford Escape, things like a power moonroof is standard equipment on the Acura RDX and optional on the Ford Escape. Other features like speed sensing interval wipers are not available at all on the Ford Escape. The Acura RDX also provides paddle shifters as standard equipment where the Ford Escape does not which enables a far more engaging driving experience in the Acura RDX. The generous amount of standard features throughout the Acura RDX clearly place it in a different class from the Ford Escape. When it comes to safety, there should be no compromise. The new Acura RDX has yet to receive ratings from the prominent institutions that rate vehicle safety however it is very likely that Acura will achieve their goal of a Top Safety Pick Plus rating from the IIHS. The option of the innovative AcuraWatch technology in the new 2016 RDX has been developed with the intention of achieving top safety ratings across the industry. The AcuraWatch suite of advanced safety and driver-assistive technologies, to include Adaptive Cruise Control, Lane Departure Warning, Collision Mitigation Braking System, and Lane Keeping Assist, along with a multi-view rear camera will place the 2016 Acura RDX among the safest vehicles on the road today. The 2015 Acura RDX is already safer than the Escape, having earned 5 stars from the NHTSA vs. the Ford Escape’s 4 stars and the AcuraWatch technology will only make the RDX even safer. Take advantage of 5 star customer service and learn more about the incredible 2016 Acura RDX when it arrives at Continental Acura conveniently located just down the road from Geneva, IL.