Demand for higher quality engineering helped create a crowded market of luxury SUV. Sorting through the competition to find the right vehicle for your needs can be difficult with so much noise. Now, you can rise above a noise with a higher definition of luxury when you choose the 2016 Acura MDX. Ready to learn more about engineering excellence? Start by comparing the 2016 Acura MDX with one of its close competitors, the 2015 Lexus RX. Then, contact our sales professionals at Continental Acura to reserve the right luxury SUV for your style. 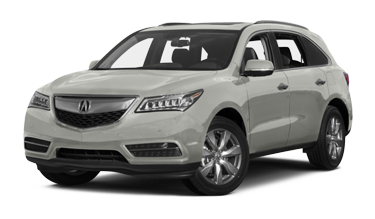 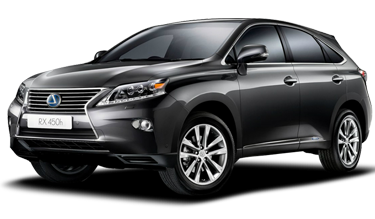 When comparing the performance of the 2016 Acura MDX and 2015 Lexus RX, it’s clear the Acura MDX has the edge. Though both vehicles feature a V6 engine, the impeccable i-VTEC 3.5L V6 in the 2016 Acura earns 290 horsepower, topping the 270 horsepower of the Lexus RX. To translate all that power, the 2016 Acura MDX features a sequential sportshift manually interactive automatic transmission with paddle shifters, offering automatic efficiency and manual control when you need it. Available on the 2016 MDX, the one of a kind Super Handling All-Wheel Drive fine tunes torque distribution for the ultimate control and traction. With its incredible powertrain, the all-new 2016 Acura MDX behaves sportier than its size for a thrilling driving experience.

With state-of-the-art safety and equipment and special features, the 2016 Acura MDX continues to stun. The 2016 Acura MDX and 2015 Lexus RX both come standard with a full suite of safety features including traction and stability control, antilock disc braking, and active head restraints. AcuraWatch Plus is where the Acura MDX truly shines, giving you peace of mind with Lane Keeping Assist as well as the cutting edge Adaptive Cruise Control with Low-Speed Follow, which maintains a consistent distance between you and the car ahead. The standard conveniences on the Acura MDX like speed sensing interval wipers, heated seats, and LED headlights are either optional or unavailable on the 2015 Lexus RX. You’ve only dreamed of the comfort you’ll have in the 2016 Acura MDX with features like the tri-zone automatic climate control with GPS-link, adjusting your vehicle temperature based on location and sun position. Treat yourself right–reserve the all-new 2016 Acura MDX at Continental Acura.

At Continental Acura, serving Downers Grove, IL and other nearby areas, luxury is waiting. Take the first step with our new vehicle research and comparison information. You can find exactly what you’re looking for in our new vehicle showroom or take advantage of value priced, well cared for vehicles in our Acura certified inventory. For great savings on your next vehicle, check out our finance incentives and new vehicle lease offers. Trust your vehicle to our highly qualified technicians for state-of-the-art service and OEM Acura parts and accessories. Come experience excellence for yourself at Continental Acura today. We’re located at 2275 Aurora Ave, Naperville, IL 60540, serving Geneva, IL. Schedule a test drive at 630-949-3123. We look forward to serving you at Continental Acura.