A Comparison Between The 2016 Acura MDX And The 2015 Jeep Grand Cherokee From Continental Acura In Naperville, IL

Finding the right SUV can prove a challenging task with so many options on the market. The right SUV should accommodate individual needs as well as provide excellent value for the money. The best way to do this is to begin by looking at base models as is done here. The following is a look at the differences between the new 2016 Acura MDX and the 2015 Jeep Grand Cherokee in the areas of design, performance, safety, and features offered by each. Take a look at this breakdown then come see the 2016 Acura MDX first hand at Continental Acura just outside Chicago, IL. 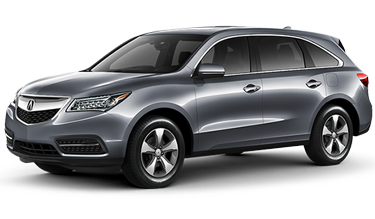 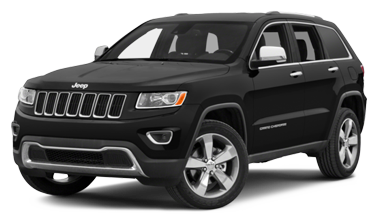 Performance expectations for SUV vehicles vary but it is generally understood that they should provide a command driving position, handle well, and have enough power to pull through difficult conditions. Both vehicles enter the market with similar V6 engines that produce the same horsepower and fuel economy. The Acura MDX does hold a slight advantage in torque which is needed to pull the vehicle over obstacles like snow drifts. Another significant difference in performance is that the Acura MDX enters the market as a front-wheel drive vehicle where the Jeep Grand Cherokee is rear-wheel drive. Rear wheel drive is generally understood to be preferable in competitive environments like race tracks. Front-wheel drive vehicles, however, are generally preferable on roadways that are icy or otherwise slippery as front-wheel drive provides better control by placing the power to the same wheels that are directing the vehicle. The Jeep Grand Cherokee does offer a higher ground clearance which is better for extreme off road conditions. However, in average driving conditions on paved roads, a higher center of gravity drastically affects the handling and increases the risk of rollover. Unless the daily commute requires driving through creeks and over rocks, the Acura MDX with push button adjustable suspension will certainly provide a better ride. Roll over to Continental Acura near Aurora, IL to see first hand how the Acura MDX handles and performs.

Vehicle Safety is more important than ever on the roadways today and when it comes to the larger SUVs, safety is an even greater concern. Upon a comprehensive series of crash tests performed by the IIHS, the results of each vehicle are telling. The Jeep Grand Cherokee did good in most tests however received a marginal rating for the new small overlap test. The 2015 Acura MDX received top ratings throughout and as a result, earned the highest IIHS Top Safety Pick Plus* distinction which establishes the Acura MDX as one of the safest vehicles on the road. The increased center of gravity within the Jeep Grand Cherokee is also concerning when it comes to safety as this increases the risk of rollover. Rollover accidents result in more fatalities than any other type of accident and the NHTSA has determined that the Jeep Grand Cherokee has an almost 17% chance of rollover. As for features, it really isn’t fair. The Acura MDX is designed as a luxury vehicle and as such offers many features like a memory steering wheel position that is not available on the Jeep Grand Cherokee. The Acura MDX also comes standard with a great many features like power moon roof and rear view camera that are only available as upgrades on the Jeep Grand Cherokee. Come by Continental Acura near Geneva, IL for a full demonstration of the Acura MDX.